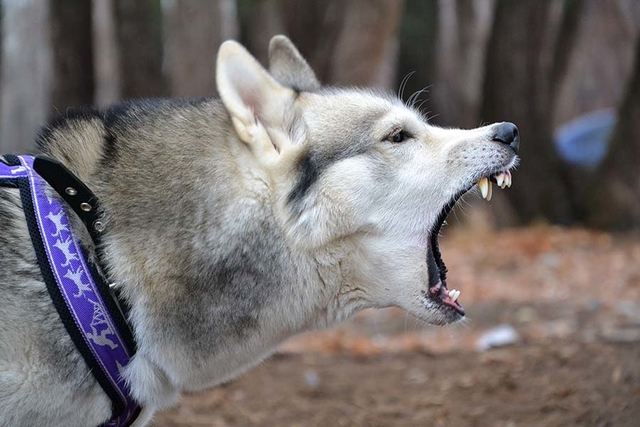 Did you encounter some instances where Huskies nearly to bite due to aggression? Though aggression is not really in their nature, there are some incidents or situations where they are forced to do so. They are not that aggressive to easily bite people. But this is not a guarantee that they will not do such.

When you exposed your dogs to environment that’s new to them, the possibility of being afraid is high. This will give way to dog aggression. Since they don’t know what to do and what people expect them to perform, they might become defensive and aggressive, which can lead to biting.

Dog Aggression – How to effectively avoid Dog Bites
If your dogs become aggressive and you can’t anymore control them, what would you do to avoid dog bites? Well if they already raging with aggressiveness, there’s only little chance for you to suppress it. Furthermore, doing it will be dangerous on your part. To avoid developing aggression, one of the keys is to know the reason why they are acting such. Understand why they become aggressive. Identify the triggers through effectively interpreting the language of their body.
With their every move, it indicates a sign or language. You just need to be sensitive with it. As guide of your dogs, you should be knowledgeable on dogs’ body language. Waving their tails, their sniffing behavior, the movement of their mouth and ears, their body posture and the tone of their voice communicates something. If you know how to decipher it, it will be easy for you to understand their message and feelings. Educating yourself will greatly help you in avoiding aggression among your dogs.

Understanding Dog Aggression
Aggression means an adaptive response or effort in putting up mental as well as physical control regarding some situations or instances that are out of control. Aggression can be associated with light to risky dogs’ behavior. Dogs do it when they do warning growl, snarl, bark and perform a defensive attack.
Typically, dog aggression is one of the issues and problems faced by some dog owners. When dogs displayed this risky behavior, some of you decide to return them to dog shelters in order to avoid further destructive outcomes.

Some Aggressive Behaviors that can be observed by your Dogs
• Your dogs are in rigid postures, their hackles are raised and their tails and ears are erected
• Lunges with bites or without it
• Have chesty barks, snarls and growls
• Repeating their bites with visible shaking on some of their body parts
• Muzzle punch
• Dog bites which ranges from snips or snaps up to skin puncture.

The Dog Aggression Triggers
Like what’s mentioned, dog aggression has triggers. Sometimes the earlier you discover the aggression triggers, the better you will suppress aggression. If you are able to effectively understand as well as identify these triggers, you will ensure the safety of your dog and people around you.

The following are some dog aggression triggers:
• Aggression that is based on fear
When your dogs felt trap in a situation that seem uncontrolled for them, one of their options is to be aggressive and bite people nearest to them.

• Expansion relating on dogs’ status
Dogs have also what you call social status or ranking. There are dominant or alpha dogs and there are also dogs that are submissive to them. When one challenged another, aggression will be observed. This often results to fights and intense accidents. Be able to redirect their negative behavior and give rewards for their good deeds.

• Aggression associated with dogs’ territorial behavior
Dogs are often territorial that is why when they see people or dogs threatening their property, aggression arises. If you allow your dogs to continuously guard their perceived possession, it will be hard for you to control them. So never let your dogs to expand their territory. You can also use counter conditioning to avoid their territorial expansion.

• Redirected aggression
Did you experience or heard about an innocent person who received the bite which is intended for other target? This is one type of redirected aggression. When a person tries to stop particular dog aggression, the tendency will be to redirect the risky behavior to them. That is why though they are innocent and doesn’t have to do with the aggression, they may receive the impact of it. To avoid dog bite when intervening to a dog fight, you can instead use water hose to suppress the aggression.

• Aggression associated with sex
Several of you observed some physical contact or aggressions between dogs during mating season. They compete with other dogs to be in contact with the female dog. This is one of the times when each of male dogs becomes aggressive to dominate other dogs.

• Protection aggression
This type of aggression arises when a dog want to protect the family he belongs from the people or dogs that he perceived as threat. This guarding behavior can be corrected through proper counter conditioning. You can do it through patiently training them.

• Aggression associated with dogs’ possession or guarding their resource
Dogs become aggressive when they perceive or saw some threats in their possession. One of the examples is when they are eating. Most of the time, if other dogs or people get close to the food of your dogs they often become threatened causing them to growl or worse bite.

• Aggression on playtime
When your dogs become too much excited on playing with others dogs or humans, there are instances where they might bite. This playtime aggression trigger is somewhat rooted on lack of proper socialization training. Always give your dogs an ample training session to refrain them from biting.

• Aggression associated with pain
Some dogs that suffer from illness, injury or age related conditions can possibly respond with aggressiveness to humans. When people accidentally touch their injury such as a child falling into their painful part, they will aggressively respond.

• Aggression that is inter-dog
This has something to do with dogs’ pack ranking. Dog aggression happens between dogs, where in one wants to dominate the other. When tension rises, this would surely result in physical force and dominations. If you don’t know how to address this problem, brawl or dog fights will surely occur over time.

As dog trainers or guides, you should always be prepared with possible dog’s aggression. Knowing aggression triggers and understanding dogs’ behavior will enable you to avoid some unwanted events or physical injuries. 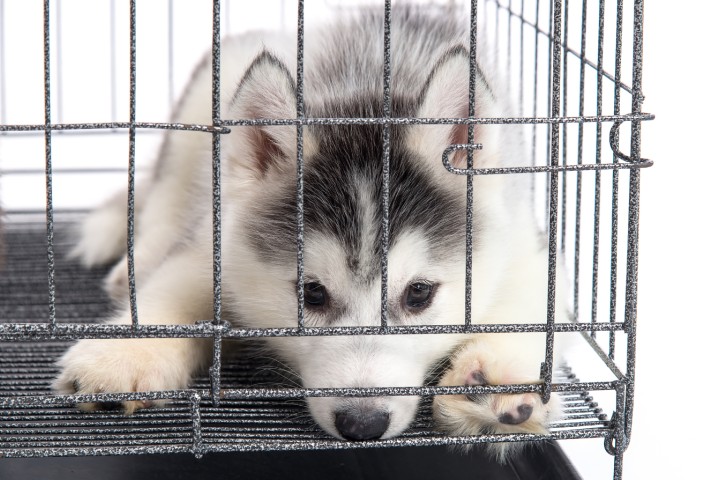 Buying Puppies from a pet store – All You Need To Know

What is Separation Anxiety on Dogs?
Siberian Huskies’ Temperaments and how to change it for the better?

Buying Puppies from a pet store – All You Need To Know