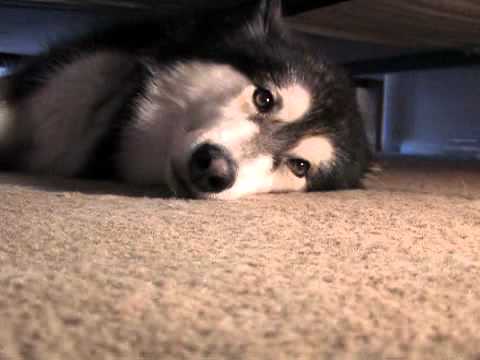 One of the most heart-breaking scenes you might witness as a dog owner is seeing your pet being attacked with sudden epilepsy, also known as Idiopathic seizures. If your dog becomes diagnosed with having this case, surely it will bother you a lot. However, it still crucial to know several types of seizures, first-aid treatment and helpful interventions that can lessen the chance of your dog’s seizures.

Are you that eager to know? Well, this text is especially for you as a dog owner who only wishes to ensure the health of your husky dog.

As defined by some studies, a seizure is a state of a short-term convulsion caused by inconsistent and unrestrained spurts of neurological firing inside the brain. The inefficiency in neurological firing is said to be localized and appears on any part of your dog’s body including its limbs and face. The seizure effect may cause jerking, twitching, and paddling of the dog’s limbs.

What Are the Different Types of Seizures?

Based on studies, there are three types of seizures which include the following:

What is in this type of seizure? Well, this is considered as one of the more known seizures wherein it shows stiffening of the whole body and also cycles of alternative contracting might occur (tonic/clonic action). During this seizure, the dog is expected to be unconscious, drooling, twitching, jerking, with abnormal urinating and excreting. It is noted that this seizure may vary periodically. This kind of seizure may appear individually or in multiples which are also referred to as (clusters), wherein the convulsing ceases and begins into another state of seizure.

This type of seizure usually happens in the localized area of the animal’s brain which involves only some regions of the body. The unconscious state might not take place until the loss of control of the affected part of the body.

In this type of seizure, several involuntary acts of the dog might be observable, and these include the following:

What Are the Stages of Seizure?

Most of the seizures might be visible with a pattern and here are the noted patterns:

As a dog owner, you are possibly looking for the basic yet helpful ways on how to keep your dogs during and after its seizure. Here are some of the notable ways:

It is crucial that you keep the safety of your dog before and after its terrible experience of a seizure. When your dog falls due to a seizure, it is better to move it into a place that free of falling objects. Also, it is important that there are no objects that can be caught by its teeth when a sudden seizure occurs.

When the seizure stops, the dog may begin to regain its consciousness. Therefore, you have to be observant of its activity. This is to ensure that the dog is physically safe during the occurrence of post-ictal phase. Due to the temporary absence of senses like sight and hearing, the dog can hurt itself when beginning to move around like running into a wall, bumping into furniture or even falling from the stairs. So, it is advisable to keep your dog away from anything that is hazardous.

In some cases, dogs are administered with drugs or remedies that are appropriate for animals. Always be reminded that there should not be anything to be put into your dog’s mouth during a seizure. During the seizure, the dog can bite you when attempting to put something in its mouth. After the seizure, the dog might feel hotness, so it is necessary to give it something cold, which you can hold onto the back of the dog’s neck.

When the dog feels tiredness, more than likely it will look for a place where it can lie down, and a darkened room is the most suggested place for it to rest. Make sure that you monitor your dog once in a while to ensure that it is still breathing and also to keep an eye on the possibility of another seizure.

What Are Some Of The Recommended Drugs For Your Epileptic Dog Like a Husky?

It is helpful for your dog’s early recovery from a seizure if you can give to it the appropriate drugs. Here are some of the recommended drugs by veterinarians:

This drug is almost like with the phenobarbital but is said to be more expensive than the latter and it has more side effects.

It is also used in humans with epilepsy and comes as having limited use in treating dogs with epilepsy. It is the recommended drug for long-term intake of dogs.

This drug is the best used when the occurring of seizures is no longer controllable.

This drug comes with low side effects but very expensive compared to other drugs.

It is also a drug that comes with nominal side effects but quite expensive as it requires multiple dosing every day.

It is said that this is a sulfa class drug for anti-seizure and it can work well on several therapies.

No dog owners want to see their pet suffering from seizures; therefore, this text can be a guide to keeping your dog safe from convulsions and other harmful things that might cause a seizure. Being alert and gaining awareness of this type of condition will enable you to do the right things.