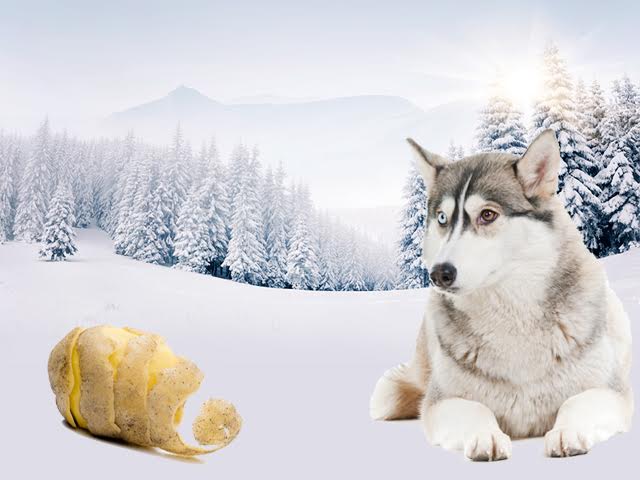 Do you love potatoes? Several people are getting addicted to eating potatoes, whether it’s fried or processed in other ways. Some of you may even share your love for it to your dogs. But always be cautious in introducing food to them. Remember, their safety should always be your priority.

The Hazard of potatoes to dogs

Though potatoes could give so much benefit to people, it could cause different effects on your pets. The skin of potatoes can have a harmful impact on your dog’s health.

What’s in potatoes’ skin that causes a hazard to dogs? Well, the potato peels contain a compound that could be damaging to the health of your pets. This compound is called oxalates, which may cause considerable damage to canine kidneys, nervous system, digestive system and urinary tract. This type of food is considered unsafe for them. Furthermore, giving whole raw potatoes can also cause danger to their health.

When your dogs consume potatoes…

If your dog, like your Siberian Husky, accidentally came across a potato skin and excitedly eat it, there’s high possibility that your pet may suffer from several signs of toxicity. Some of these include the following:

Have you noticed the green parts on a potato plant? Those parts are not good for people and your dogs. This is due to solanine, a toxic compound that’s also found in it. But when misfortune strikes and Huskies happened to take in several green segments of potato, they will be at risk.  Your dogs may suffer from the following:

Realizing and observing this hazard, you should seek immediate assistance from your trusted vets.

Glycoalkaloid content of potato is what makes it a bad food for your dogs. This content could be formed in potato shoots, green portions of its skin and stem. These parts are the portions of this plant that are not consumable by humans as well as dogs. In other words, these should be removed before it is served.

The potato skin that consists of shots and green portions are the parts that are not advisable for dogs’ to eat. But the potatoes white flesh and its natural skin, which don’t have toxins or glycoalkaloids, are safe for them.

Feeding the wrong part of potato to Huskies and other dogs might harm them. But if you knew the potato portions that could not harm your dog’s health, then you could safely feed it to them. Potato is still considered as important food due to its benefits. It consists of vital nutrients as well as vitamins including vitamin B6, B3, C, and others. Furthermore, it has antioxidants, iron, potassium, fiber, copper, and other minerals like manganese and phosphorus.

Researches have been conducted on potato benefits by some researcher. They found out that the white potato and its other variety have significant contribution when it comes to health and wellness.

Can your dog eat potatoes?

If it’s white potato, yes, you could let them eat it but with moderation. You should also be sure that your dogs don’t have an allergic reaction to the food. But still, be cautious on giving it to them because if toxins found in potato are included in your dog’s food, it could mean danger.