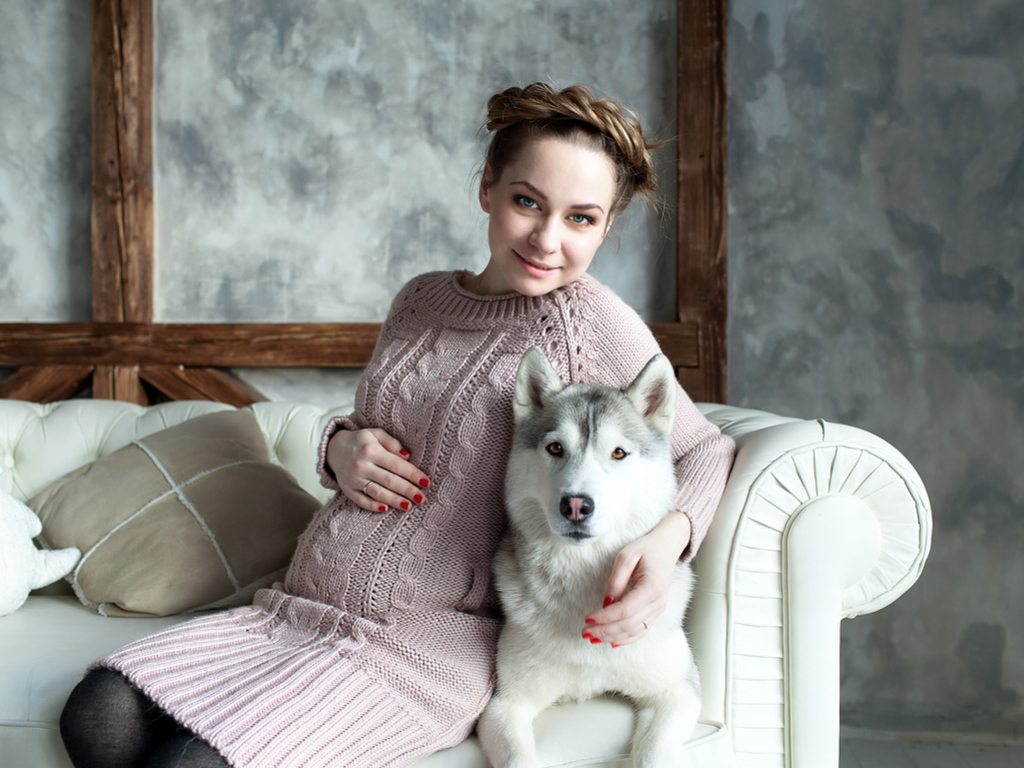 Do you often wonder why your dog sniffs some parts of your body? There may actually be some underlying causes for your dog’s constant curiosity, so pay attention when they seem concerned and make sure not to ignore their instincts.

The Ability to Spot Changes in your Body

You may have heard of various stories, that show dogs sniffing on their owner’s body. In some unusual way. Afterward, when the owners have their check up, they are diagnosed with some serious health condition.

As dogs’ primary sense is smell, they are capable of detecting changes in your body just through sniffing. They can impressively detect if you’re suffering from diabetes, cancer, and other diseases, which is why it is very important to pay attention when your dog constantly keeps smelling an area around your house or on your body.

Do Your Dogs Have the Ability to Know whether you are Pregnant or Not?

In times of pregnancy, there are changes in the hormones. Hormones are shifting and are released in different quantities and patterns and your Husky is definitely able to smell these changes. Sometimes, your dog can even detect any health condition you might be suffering from before you even start to notice it yourself. However, do not expect a strange reaction from your dog as an alarm that something is not quite with your body, as dogs behave and react differently in various situations. While some of them might start to act strangely whenever they are around you, others may behave like they’ve discovered nothing; Each dog responds to strange smells differently.  In the case of pregnancy, some dogs tend to become aloof, proactive or apathetic when they sense that you are carrying a baby. Dogs are observant creatures and can notice even the smallest changes in their owners.

Some Researches and Situations

Researches have shown that dogs have the ability to predict some human health conditions. In California, a woman observed how her pet dog was continuously licking and sniffing her (right) breast. Later, her doctors happened to diagnose her with breast cancer. According to research, the particular tissues that are considered malignant release certain chemicals, which are not similar to a human’s normal tissue.

The director of the American Cancer Association stated that it was not surprising for dogs to detect the condition. With the result of multiple conducted studies, it has been found that dogs’ predicting and disease detecting capabilities are intriguingly accurate.

Dog’s Behavior Towards Their Pregnant  Owner – An Interview

An interview was conducted focusing on a pregnant woman and the behavior of her dog around the time of the pregnancy. Here are some of the details:

She can’t tell if there’s any change in her dog’s behavior during pregnancy.

During her pregnancy, the dog used to follow her all the time. It showed attentiveness, but she wasn’t able to figure out if her dog had sensed her pregnancy, or if it was just acting the way it was for no reason.

The possible reaction of her dog after giving birth

When she was asked about the possible reaction of her dog towards her baby, she said that her dog might want to lick his/her face. She also added that the dog will surely get along well with the baby.

Dogs are not just cool companions, they can also be your savior. When your dog gets near you and strangely sniffs you, you should pay attention, especially if you’re feeling any kind of pain in your body.