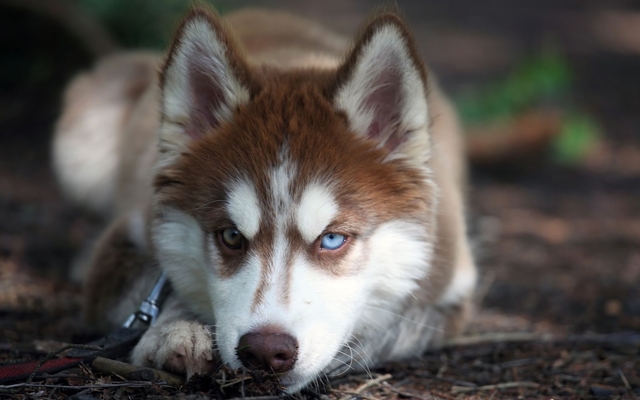 Many people perform surgical sterilization on their dogs for several different reasons. Some do it to prevent pregnancies, others for health related issues and the list continues.

In this article, we are going to delve into the topic from the medical side, gather all the pros and cons, as well as establish a timeline for when to take action once you’ve decided on what’s best for your pet

The term spaying refers to the removal of the entire reproductive tract of the female dog, and that includes the uterus and the ovaries. As for the male, the procedure is referred to as neutering and it is done by removing the testicles. Both techniques are performed while the pet is under anesthesia and isn’t subject to any pain.

On the one hand, one might think that interfering with an animal’s body would go against what nature intended for them to be, which is a completely normal thought. Meanwhile, on the other hand, we live in an age where we understand enough of how anatomy functions to know how to better the possibility of a healthy life. While the procedure controls animal populations growth, it also eliminates the possibility of certain diseases that might occur later on, such as pyometra or infection in the uterus.

The Positive Side of Female Spaying

It eliminates the risk of pregnancy, and thus the creation of many lovely puppies one might not be able to fit into their home. Pet overpopulation is real, and it only leaves many sweet loving dogs at the animal shelter, or even astray, desperate for homes that are unfortunately taken by newly bred puppies. Aside from that, the idea of the lovable little canines in one’s home might seem nice at first, but it also costs a lot. In order to provide a healthy life for the pups, one would have to cover the finances of vaccines, food and parasite control. Not to mention the balance in dividing the attention between the newly born pups and their parents. Some mothers also tend to develop serious complications during pregnancies, which puts their lives in jeopardy and those of her puppies.

Another aspect spaying achieves is making your dog much calmer and gentler. Without the reproductive organs, your dog won’t have the constant drive to mate. They will also no longer be annoyed by other male dogs looking to procreate. Aside from that, it will also save the dog a lot of suffering if there is no male around to mate with but the desire still pumping through them. The procedure will also stop the bleeding discharge female dogs go through for several days.

At last, with the removal of the reproductive organs, the dog is under no threat of the health problems that come with them. Issues include fatal diseases such as ovarian cysts, uterine infections, and cancer of the reproductive tract. According to some studies, dogs that have been spayed before hitting puberty have a much lower chance of developing breast cancer that unspayed or dogs that were spayed later in their lifetime.

Now to the negative side; spaying does literally mean sterilization. And stating the obvious, it means the pet would no longer be able to get pregnant. In contrast to all the health problems it could be subjected to without spaying, this seems a lot less sad.

Another negative point is being prone to weight gain. A lot of spayed dogs tend to gain weight with age, but that can be thoroughly managed by giving your dog the exercise they need and creating a healthy diet for them.

The Positive Side of Male Neutering

Due to the reduction of testosterone, neutering reduces dominance and aggression. Testosterone fuels many unwanted behaviors in male dogs such as peeing all over the place (marking their territory). Having the dog neutered will also reduce the risk of it being attacked by other dogs that might perceive it as a competitor.

Another good aspect of neutering is that it calms the dog down in times of heat. Some dogs tend to escape their homes looking for a mate in moments of overexcitement. Which could not only lead to diseases but also the loss of the pet.

The biggest advantage of neutering is the reduction of possible prostate disorders. Many intact male dogs are subject to enlarged prostates that affect their bowel movements and makes it difficult to urinate. If that happens to an intact dog, the process of neutering can still be done to resolve the issue. However, prostate cysts and prostate infections have proven to be much more complicated and neutering the dog from the beginning prevents issues like these from happening.

Castration also prevents testicular cancer. Some intact dogs develop a testicular tumor, which is highly curable but cost a lot of money, worry, and trouble for the dog. Neutering prevents that from happening altogether. Aside from that vicious illness, it also prevents the risk of perianal fistula.

However, with the positives mentioned in the male neutering process, the negative side is just as heavy. The good side about male castration is mainly focused on behavioral issues that affect us as pet owners, rather than the dog itself. And since it is the dog’s body we are writing about, one should choose to do what is best for the dog, and only the dog with no selfish intents that could, later on, subject it to risks.

The Negative Side of Male Neutering

Neutering triples the risk of obesity. As mentioned above with the females, dogs tend to gain weight after sterilization, but the situation seems to be much more serious on the male side. The extra weight leads to debilitating joint disease, arthritis, heart disease, pancreatitis, as well as diabetes.

When eating the same amount of food the dog was fed before neutering, it will immediately gain more weight. The procedure changes the dog’s hormonal balance and metabolism, and therefore it wouldn’t require as much food as it used to.

It also increases the risk of a fatal type of cancer called hemangiosarcoma. Testosterone offers protection for the dog against this specific type of cancer, which it would lose along with its reproductive organs.

The chances of getting hypothyroidism automatically increase when a dog is neutered. The endocrine system appears to be going through some upsetting changes when the quantity of reproductive hormones drops. This often results in low thyroid levels, and therefore also weight gain and lethargy.

Another problem that occurs is geriatric cognitive impairment. This is a condition in which old dogs tend to feel disoriented in their own home, a type of dementia that also leads to a change in their interactions with their human family. Reproductive hormones help protect the brain and that’s why intact dogs are less likely to suffer from this disease.

At last, it is very dangerous to perform sterilization at the wrong age. If that happens, it increases the risks of hip dysplasia, torn ligaments, and bone cancer. The dogs’ reproductive hormones help their bones and joints get a full development. If these hormones are removed from early on, the dog might not get the chance to properly develop. Early neutering causes an uneven growth in the leg bone. That makes the dog vulnerable to previously mentioned diseases hip dysplasia and torn ligaments. The early undergoing the procedure also makes the dog four times as likely to get bone cancer, a fatal disease especially common in large dogs.