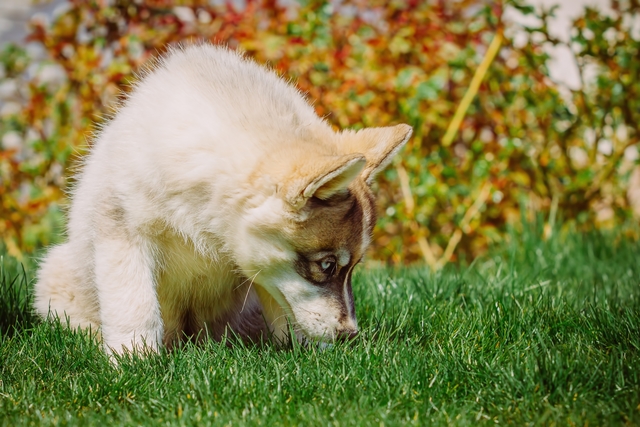 When you welcome a Husky into your family, they become your responsibility. They look up to you for safety, and shelter and trust you to take care of their well-being. Just the way kids need mental exercise with puzzle, lego, and memory, dog’s’ mentality needs training to develop. Aside from indulging them in little games, and physical activity, you also need to trust their instinct to train themselves and give them space to develop on their own. Walking your dog is not just important for physical fitness, but it is also essential that they sniff around the area for mental exercise as it exhausts all their senses and gets their brains working.

It is known that of all five senses dogs possess, the smell is a Husky’s dominant sense. That sense is linked to how they process and store information, as they possess much more olfactory receptors than humans do and are therefore able to differentiate between scents easily. While we humans are visual beings, dogs are olfactory creatures. When we smell someone cooking, we pick up the delicious scent of the meal and break up the components visually where we look onto the plate and see the ingredients. Dogs don’t function that way; they smell each the meat, the spices, the vegetables and every component rather individually – it’s how they see the world.

There might come a time where you find your dog sniffing around a stinky place or rolling in mud. Don’t be astonished by their action, as the dominant smell of something stinky is what attracts them to it. It’s the same way people like to wear vibrant colors for how eye-catchy they are. However, that is not the reason dogs tend to smell each other’s butts and urine. As a dog’s nose is the eye it sees the world through, basics like gender, age and mood are some of the things they pick up through smelling one another.

While humans have taste and smell as connected senses, dogs don’t. In fact, they have much fewer taste buds than we do and therefore, your Husky probably doesn’t care that much about taste as you might think. If your dog refuses to eat what you put in front of them, it probably has nothing to do with the way it tastes, but rather with the way it smells. Water helps to dissolve taste, so if you want your dog to consume the food you’ve made for it, think about adding some warm water to its plate to release some of the smell and get your dog to continue eating.

Just like a human fingerprint, dogs’ noses are extremely unique and when compared, you’ll never find two noses that are alike. Even prior to microchipping, dog nose prints were actually a thing used to identify dogs from one another – that’s how sensitive and detailed these organs are.

While you might now know why dogs smell each other’s butts, you might still wonder why they like to sniff human crotches. The reason your dog might go about smelling your private area is sweat glands that release pheromones, which help them obtain information about the person they sniffing such as health and mood. They can even pick up ovulation in humans, which is why you might find your dog intensively sniffing you at certain times more than others if you’re a female.

The bottom line is, dogs see the world through their nose and therefore, you should never shout at them for wanting to sniff around. Always take them for walks where they can take their time and if you’re in a hurry or taking your dog for a run with no time for them to go sniffing around and getting to know the area, you can try putting different collars or harness on them, than the ones you use for longer walks. That way, you can train your Husky to learn the difference between going to run errands with you or generally going out for a purpose and going to explore the area. Soon you will start to realize how this helps your pup synchronize better with you and not constantly pulling you to stop for some exploration. 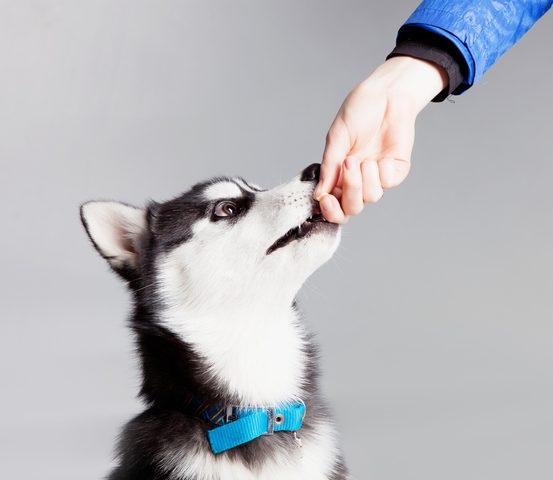 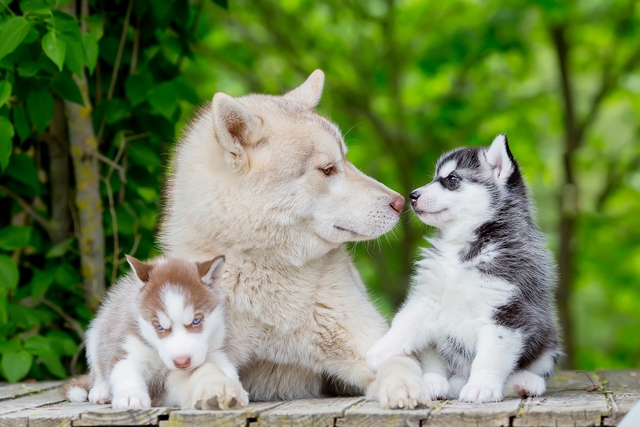 Umbilical Training a Husky
What to do if your dog gets loose?